The short answer to this question is yes. The task of a personal injury attorney is to represent clients who have been harmed through another’s negligence or recklessness, and this is done according to civil laws. Where the laws are just, they reflect the divine law, albeit imperfectly, and are thus worthy of being upheld and put into practice. 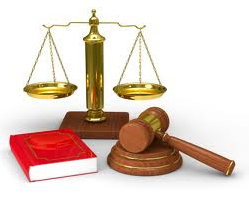 Perhaps the real question here is whether it’s just for an injury victim to pursue a claim against another. Because if it were not, then the attorney, by backing the victim’s claim, would be complicit in an act of injustice, which would be a sin.

The Law of Moses defines justice as giving to another what is due to him: “You shall not be partial to the poor or defer to the great, but in righteousness shall you judge your neighbor” (Lev 19:15). Another thread running through both testaments is the idea of protecting those most vulnerable (i.e. Deut 24:17-21; Jer 22:3; Matt 19:21; James 1:27, etc).

According to Page Law, litigation is about seeking “to protect victims who are harmed by the action or inaction of another person or entity.” When clients are injured through no fault of their own, they deserve, by the virtue of justice, to be compensated. This is maintained by Christ Himself, who blesses Zacchaeus and his household when he says, “If I have defrauded anyone of anything, I restore it fourfold” (Luke 19:8).

Civil laws reflect this virtue of justice, though not absolutely. Take, for example, the laws governing restitution for pain and suffering. No natural connection exists between pain and money; we cannot say absolutely that a stubbed toe costs $5 or back pain costs $1,000. Thus, there cannot be perfect justice in this regard, as there can be if the victim merely wants payment for medical bills. 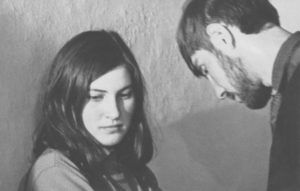 As Christians, we know that even “perfect” justice leaves something to be desired. We are called to be merciful, to forgive those who sin against us, even till seventy times seven times (cf. Matt 18:22). At the same time, we must remember that justice and mercy do not conflict. Just as there is no Redemption without a Fall, so there is no mercy without an injury to forgive.

Whether they’re estimating a settlement or preparing for litigation, attorneys can exercise prudence and ensure that justice, however imperfect, is carried out. As this does not constitute a sin but is, on the contrary, a praiseworthy task in itself, there is ultimately no reason why Christians cannot be personal injury attorneys.

5 Most Litigated Things in America

How to Dispute Your Wages Rationally and Get Results